What sound-relevant quantities are actually present in acoustics and what do they say? How does a measurement microphone work? And what is the ominous unit Decibel [dB]?

Have you ever asked yourself one or more of those questions? Then we do not only have the answers but also a lot more information about acoustic metrology!

What are sound-relevant parameters in acoustics?

A general definition for the term sound states that sound is the physical phenomenon that excites the sense of hearing and triggers tone, sound and noise sensitivity. In short – sound is everything we hear. Usually, the medium in which sound propagates is air. However, sound can also spread in other gaseous media or, for example, also in water. The transmission of sound is wavelike, which is why the term sound waves is often used in acoustics. Every sound wave can be described mathematically by an infinite sum of superimposed sine waves. This mathematical approach is generally known as Fourier series expansion.

How does a measurement microphone work?

To measure something in acoustics, you need a sensor and to measure sound pressure, you need a measuring microphone. The most common type of transducer for measuring microphones is the so-called IEPE (Integrated Electronics Piezo Electric) transducer. The transducer used here is a piezoelectric material, such as quartz or ceramic. IEPE transducers are also known as ICP or CCLD. The purpose of a measuring microphone is to convert a sound wave into an electrical quantity. And how does this work? If no force hits the transducer, all charges are balanced among themselves. However, if a force in the form of sound pressure acts on this transducer, a charge shift occurs. This charge shift can be measured as voltage. It is proportional to the sound pressure and is transmitted via a cable (usually BNC) to the measuring input. An amplifier, which is built into the sensor and converts the charge difference into a voltage, must be supplied with power. This supply current is specified as so-called excitation current in the data sheets and is usually between 2 and 20 mA. The power is supplied directly from the measuring input via the signal line. Some advantages of IEPE measuring microphones are a high dynamic range, very low background noise of only 5 dB(A) and sound pressure level measurements up to 180 dB(A). Furthermore, these microphones have a linear frequency response and cable lengths up to 100 m can be realized without problems.

What is the difference between the explained microphone and a concert microphone?

The physical unit pressure is measured in Pascal [Pa] or Bar [bar], sound pressure is always given in Pascal [Pa]. The human ear can perceive sound pressure from about 20 µPa to 200 Pa. This is a huge dynamic range that extends over 7 decades. In order not to lose the overview between zeros and decimal places over the entire dynamic range, decibel [dB] was introduced as a unit. The entire dynamic range between 20 µPa and 200 Pa can thus be mapped clearly in 0 to 140 dB. As soon as one no longer speaks only of sound pressure, but of sound pressure level or sound power level instead of sound power, values are always available in the unit dB. Our sense of hearing can perceive a frequency range from about 20 Hz to 20 kHz. At an age of about 20 years when the hearing is fully developed, we can perceive a frequency of up to 20 kHz. With increasing age, the upper hearing threshold decreases at about 2kHz per decade of life. The hearing has a certain threshold below which the sound pressure level can no longer be perceived. The pain threshold of hearing is about 120 dB. However, hearing damage is already possible at a permanent exposure of about 85 dB, which corresponds approximately to the noise exposure from a main road.

If you read the unit dB(A) somewhere, it has to do with frequency weighting. Why is this weighting needed and why is it important? Not all frequencies are perceived by the ear to be equally loud. Phon-curves describe this non-linear property of hearing. Phon – the psychoacoustic unit for loudness – describes the sound pressure level at which a sound event must be reproduced in order to be perceived as equally loud over the entire frequency range. An example of this: To perceive a 1 kHz tone and a 50 Hz tone equally loud at 60 Phon, the 1 kHz tone would have to be reproduced at 60 dB and the 50 Hz tone at about 80 dB.

Frequency weighting curves were introduced to better account for the non-linear behavior of the auditory system in terms of measurement and acoustics. Four different curves were once introduced for this purpose:

In terms of signal processing, the frequency weighting corresponds to the multiplication of the measurement signal with the respective frequency weighting curve in the frequency domain. In the case of the weighted signal, not only the unit dB is given, but also in brackets the type of weighting used – i.e. dB(A), dB(B), dB(C) or dB(D). If no weighting was used, dB(Z) is given, where Z stands for zero. In practice, however, the A-curve is used almost exclusively nowadays. Therefore dB(A) is most often read as a unit.

Recently, our colleagues from DEWETRON Rafael and Sven held a webinar on the topic “Acoustic Metrology – Theoretical Foundations for Practice”. If you want to learn more about this topic, watch the video of our last webinar. If you have further questions about acoustic measurement technology, please feel free to contact us. 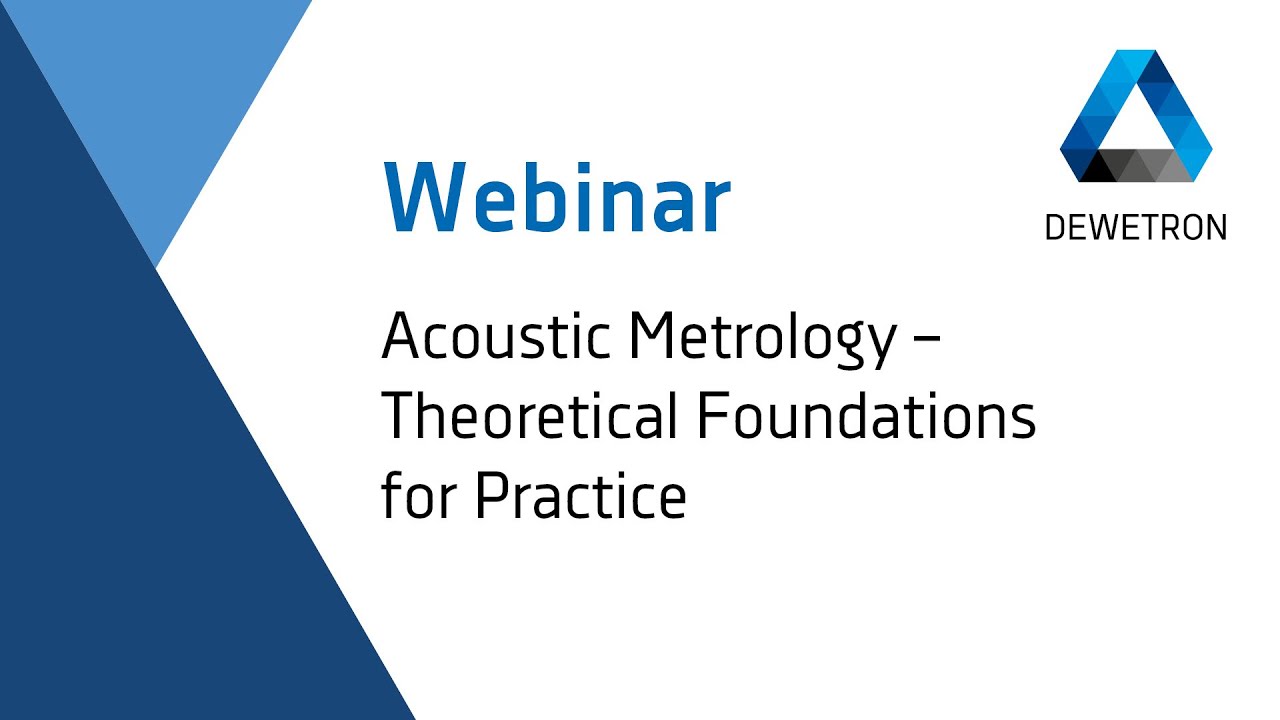