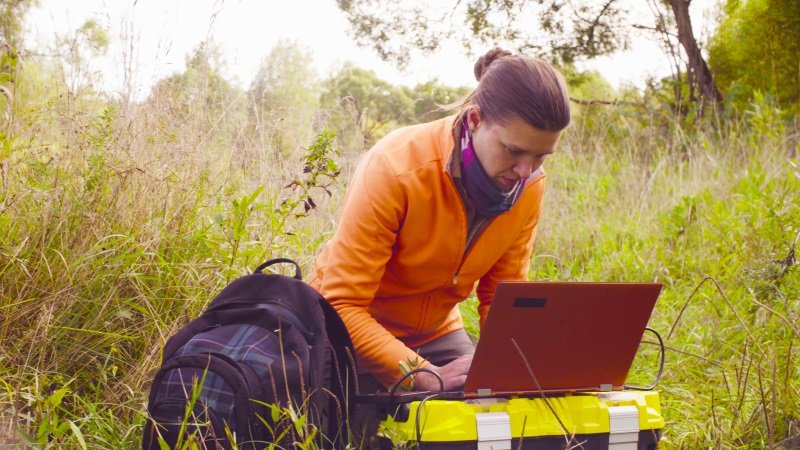 We have seen a proliferation of wireless devices in the past decade. Today, 95 percent of US adults own a mobile phone, and the combination of faster speeds and lower data costs has led to an explosion in mobile data usage around the world. Wireless signals standards are using higher frequencies and bandwidths than ever before, and the way we use the RF spectrum is rapidly evolving.
As a Wireless Researcher, navigating this new environment can be challenging. The equipment you used in the past, the old reliable benchtop spectrum analyzer that’s been with you for years, is increasingly failing to keep up with your requirements. In order to understand how modern waveforms respond to real-world conditions, you need to be able to move out of the lab and into the field to test hypotheses, evaluate results, and determine the accuracy of models in a variety of difficult environments.
Achieving this means taking a more open, distributed approach to spectrum analysis. It means working with networked, software-defined spectrum analysis equipment that allows you to deploy wireless sensor networks (WSNs) across a wide geographic area. It means connecting multiple analyzers to the cloud and conducting signal analysis from a central location. And it means integrating hardware and software from multiple vendors to create the best possible solution for your specific requirements.
In this article, we’ll introduce the four common architectures you can use to deploy a distributed WSN of spectrum analyzers. Using open, networked spectrum analysis equipment, Wireless Researchers can conduct vector signal analysis, detect and locate RF interference, map coverage areas for mobile or fixed networks, test propagation and path loss models, and conduct advanced geolocation and direction finding to locate the source of a signal.

Also known as a star topology, a hub and spoke architecture is easy to deploy, relatively low cost, and simple to fix. All spectrum analyzers in the deployment connect back to a single, common hub, meaning they cannot share data between each other or use each other as intermediaries. As a result, a hub and spoke topology is not as scalable or as resilient as other options. 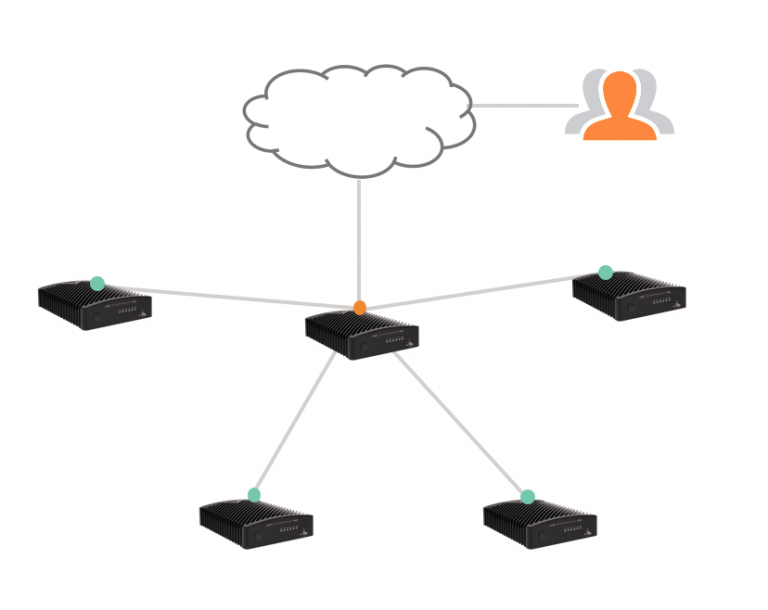 A tree topology, also called a cascaded star topology, has multiple hubs that each connect to multiple analyzers. This way, expansion of the network is easily possible by simply connecting new analyzers to a node. It’s more scalable than a hub and spoke deployment because hubs can be used as an intermediary to higher units, but it is still vulnerable to failure if the main gateway or connection goes down. 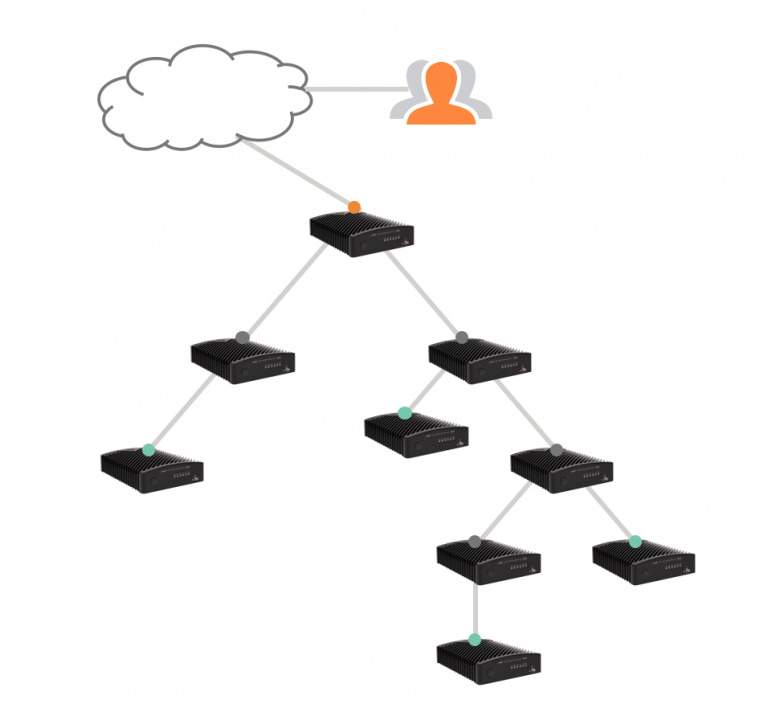 In a wireless mesh topology, several analyzers all connect directly to one another and pass information between each other while units dynamically determine the best path for data to flow. Each analyzer serves as an access point and does not depend on a centralized hub, meaning mesh networks can be deployed across a wider geography and are more reliable since there is no single point of failure. However, mesh topologies tend to work best in in-place deployments because it is difficult to constantly update the location of a mobile unit while simultaneously sharing data in real-time. 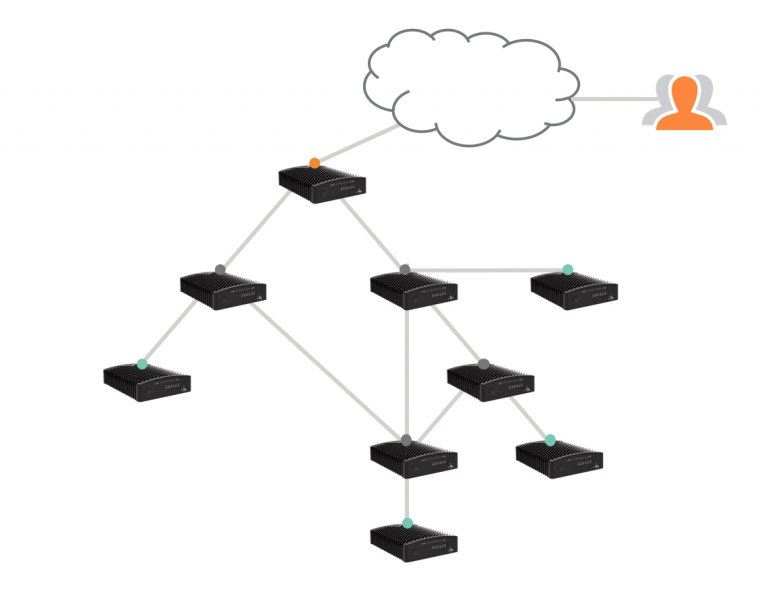 A hybrid network combines multiple topologies to address the specific requirements of users. For example, in-place analyzers can be deployed on a mesh topology, while mobile units can be deployed in a hub and spoke configuration. A partial mesh network, in which only some analyzers communicate with other units, is also an example of a hybrid network. Hybrid architectures can overcome the challenges of other topologies but can also become more complex and difficult to deploy. 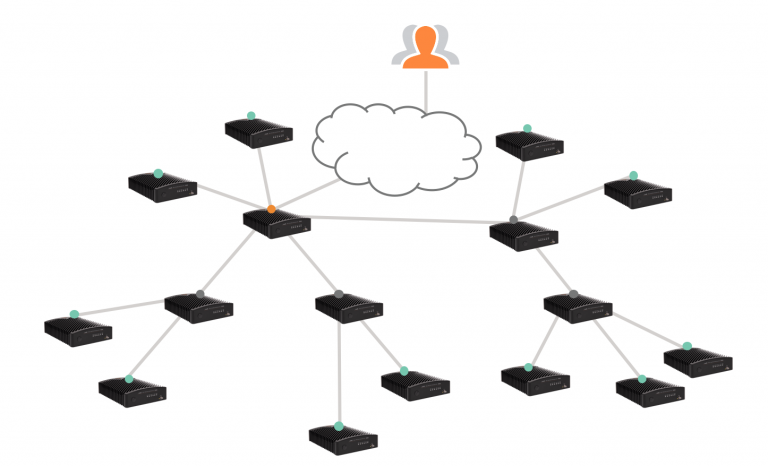 Open, networked spectrum analysis equipment is changing the game for Wireless Researchers who are frustrated with the lack of versatility, portability, and interoperability their existing lab-based equipment provides. The ability to connect multiple units together in a WSN and send real-time data over the cloud enables a whole new realm of applications, and lets Wireless Researchers study modern waveforms in the lab, in the field, or in a vehicle.
By taking an open approach, these analyzers can easily integrate with leading third-party software applications.