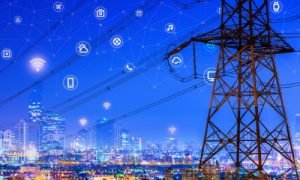 A New Approach to Spectrum Analysis Equipment – Why An Open Solution is the Future
Posted April 24, 2019 by Dr. Nikhil Adnani

It’s difficult to see change happening in front of us. Change is often gradual, and major technology advancements happen over time. There are very few instances where a single event radically changed the way we live our lives.
However, when you look back over the past decade, you start to realize that a lot has changed. In 2008, Netflix was still sending DVDs by mail (with no late fees!). Uber wouldn’t be founded until the next year (remember taxis?). Technology blogs of the day were predicting the rise of netbooks and 3G dongles as the primary ways we would get online (thankfully, they were wrong). Cloud computing was still in its infancy, as were some of today’s biggest tech giants.
Even movies have changed. In 2008, the top grossing movies in the U.S. were two superhero hits, The Dark Knight and Iron Man. Last year, Superhero hits Black Panther and Avengers: Infinity War.
OK, so not everything is so different than it was then…

But one thing has changed dramatically. The way we use and connect to the wireless spectrum. There has been an explosion of wireless devices, and these devices connect to many different types of signals, and transmit more data, than ever before. New signal standards, such as 5G, are pushing into frequencies and bandwidths far greater than anything that has come before. And as we move closer toward the Internet of Things, smart homes, connected utilities, advanced robotics, and other new technologies which rely on wireless signals, the requirements for spectrum monitoring and signal analysis will continue to increase.

You wouldn’t use a 10 year old laptop for you day-to-day work. So with so much change in the past 10 years, it must be asked: Why are Wireless Researchers and RF Engineers still using the same bulky, costly, and proprietary spectrum analysis equipment as they did a decade ago?

A Closed, Proprietary Approach to Spectrum Analysis No Longer Works

The debate between open and closed models is not a new one, nor is it limited to spectrum and signal analysis. Across all industries there is a constant push and pull toward one or the other. In most cases, the answer to which approach is best comes down to a simple question – “What are you trying to do?”
In a closed approach, Wireless Researchers and RF Engineers use hardware, software, radios, interfaces, antennas, and whatever other accessories they need from a single vendor. This works fine if they are conducting simple, static, and homogenous analysis in a lab environment, as was often the case in the past, and it can typically result in a lower upfront cost through bundling or package pricing. Vertical integration also means that users are generally familiar with the various components of a solution and do not need to spend much time on integrating the pieces together.

However, as requirements have changed over the years, this closed, proprietary approach results in a number of critical weaknesses. Being locked-in to a vendor leads to a lack of flexibility and adaptability. Users are stuck with the vendor’s strengths and weaknesses, meaning they are unable to build the best solution for their needs. New capabilities and functionalities are tied to the vendor’s development cycle and roadmap, and while it is possible to attempt to use multiple vendors for different scenarios, you quickly lose measurement consistency and open yourself up to significant rework and redundancies across deployments.

Why an Open and Interoperable Approach Overcomes These Limitations

An open, interoperable approach removes vendor lock-in and allows the user to mix and match technologies from different suppliers to build a solution that best meets their requirements. They can look outside of their existing vendors if they need new capabilities or specific functionality, and can easily extend the performance of their existing equipment through hardware or software upgrades without waiting on a vendor’s development cycle to catch up.
For today’s analysis, wireless researchers need to be able to switch between signal types and deployment scenarios quickly without losing measurement consistency or test setups. Spectrum analysis is dynamic, distributed, complex, and evolving, meaning users must be able to adapt quickly to new requirements without completely scrapping their existing equipment.
Using multiple vendors increases flexibility and versatility while often reducing the overall cost of the solution. Open APIs and development environments allow users and RF Application Developers to develop their own software applications using platforms and languages they are already familiar with, such as LabVIEW, MATLAB, or C/C++/ & python.
This open approach makes it possible to extend the capabilities of existing solutions, maximize the initial investment in hardware or software, prolong the useful life of equipment, and build better solutions than would otherwise be possible in a closed environment.

A New Approach to Spectrum Analysis

The way we use the wireless spectrum is constantly evolving, and the pace of change is accelerating as new technologies and signal standards are deployed around the world. Adapting to these new realities means taking a new approach to spectrum analysis. The way it’s always been done is no longer enough to be successful going forward.

To learn more about what an open, interoperable approach to spectrum analysis looks like, and how it’s better suited for today’s environment, download the whitepaper: A New Approach To Spectrum Monitoring Equipment – How Open and Interoperable Technologies Create Stronger Spectrum Analysis Solutions.